The design proposal is centered around the concept of motion- inherent conceptual to the Citadel – and how it is transformed over the years. What is pursued through the proposed construction is the osmosis of the ancient promenade, the promenade of unification of archaeological sites and the walk around and inside the New Acropolis Museum. Moreover, the desire for indirect restoration of the sight of the rock from the NMA (New Museum of Acropolis) results in using components that come into direct dialogue with the rock and the archaeological site.
The proposal is an outdoor structure which consists of: 1. Ramps: create a new height walk, which bears characteristics of the three adjacent walks. 2. Skins: three suspended surfaces, made of perforated sheets of copper, follow the tracings of the ramps and surround the movements. The lower part opens to the NMA, releasing to the surrounding landscape as much space as possible. The suspended surfaces support climbing plants which blur the boundaries of the proposed construction and connect it organically with the museum’s surrounding promenade. Both the green flying and seasonal variation of plants and the natural aging of copper and its forthcoming non-uniform color change are aimed at restoring the non-visible side of the hill. 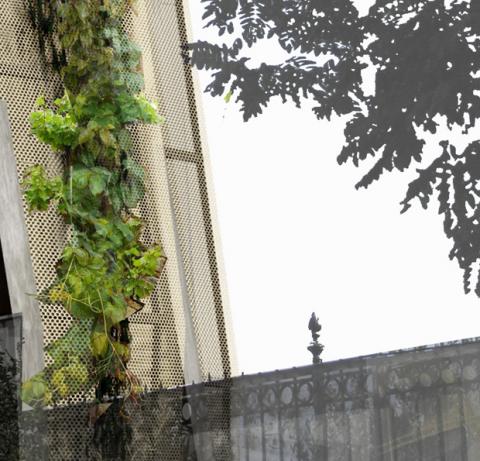 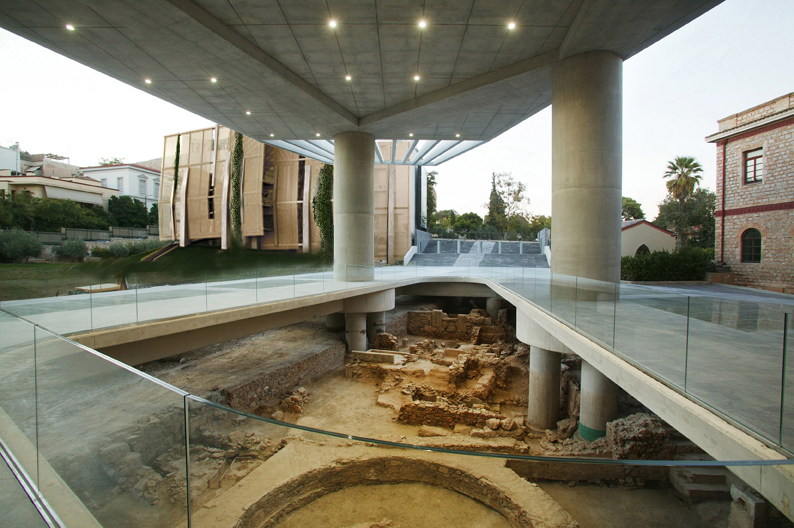 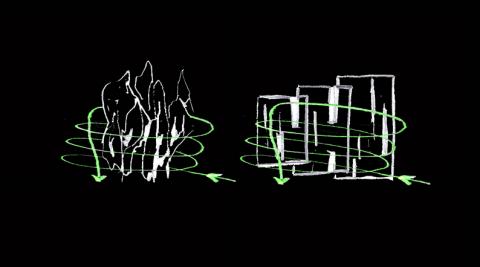 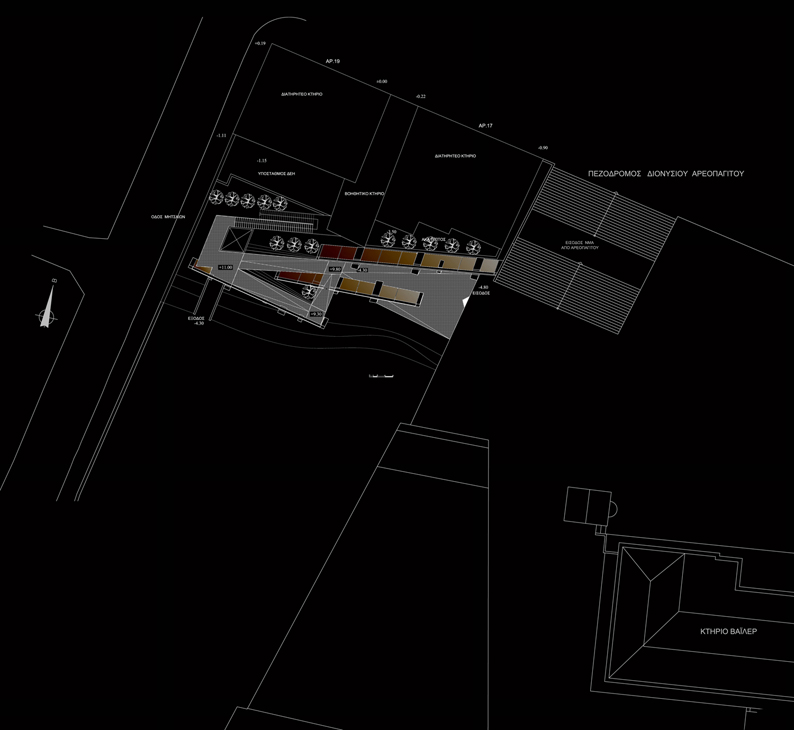