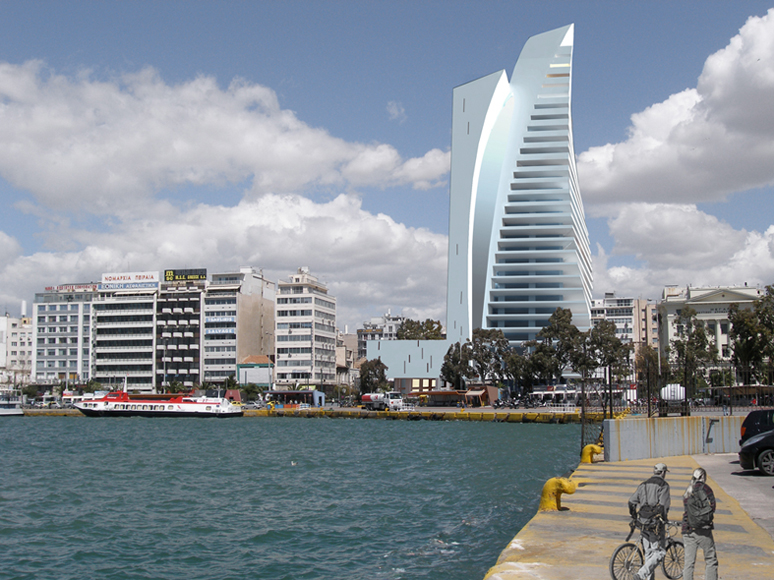 The tower of Pireus changed the beloved image of the “clock”…now it is called upon to change its own image, to stop being a symbol of gross degradation. At the point where the sea meets land, port meets the town, Pireus and Athens meets the rest of the world, stands the lightower manifesting through its sheer dominance a renaissance: a renaissance of the building itself, but also for the harbor and the neighbouring areas reaching into the urban infrastructure of Athens. 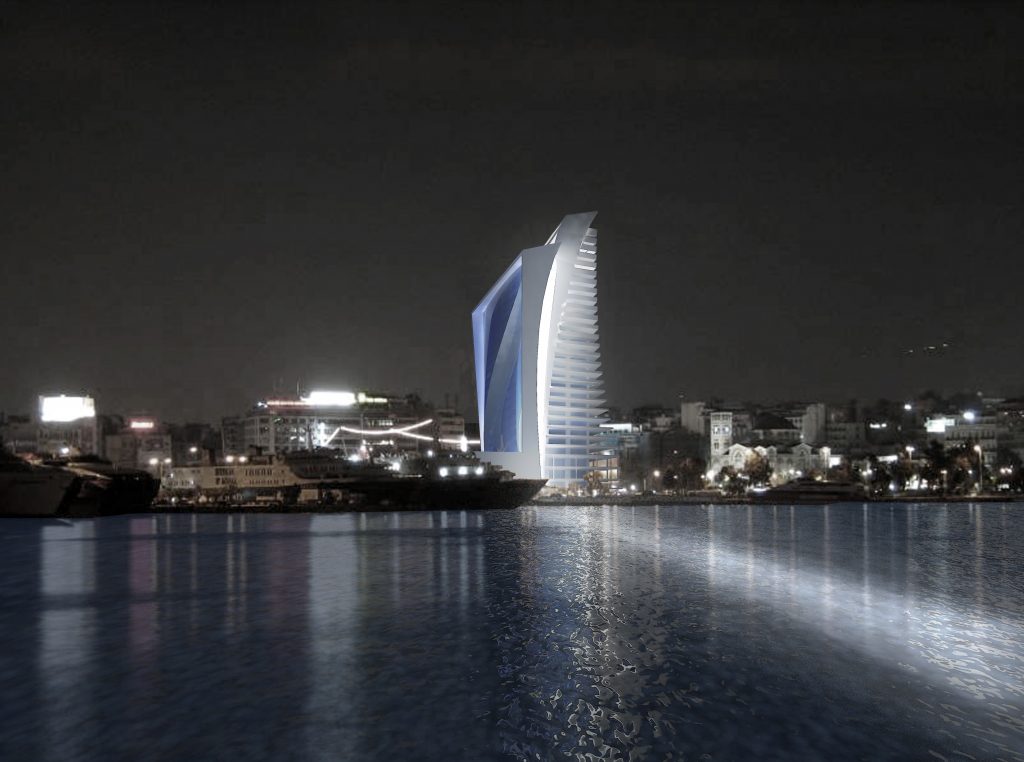 It is exactly this junction point which is in need of a new landmark, capable of erasing any trace of negative associations with it. However, the existing structure needs to be incorporated into a new form by lending support and collaborating with the new creation. In this case, the design process is reversed. Instead of adding to the existing structure, subtraction is used. Elements inspired by the sea and the Greek urban typology, are projected via subtraction on the imaginable volume of the space, thereby creating a new tower which interactively ‘reflects’ its relationship with the environment. 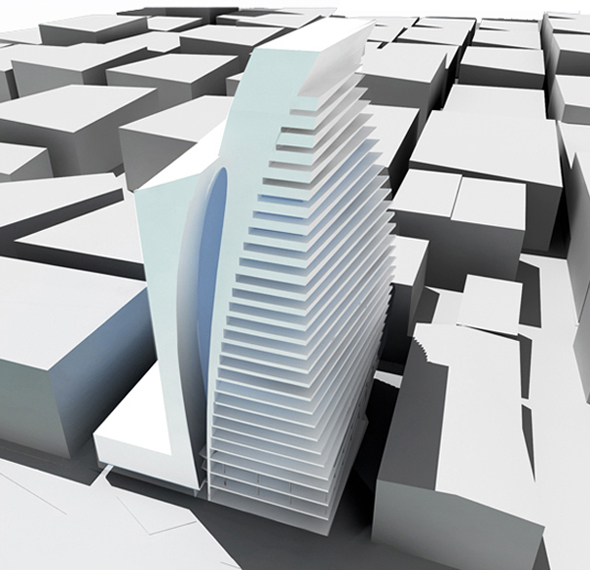 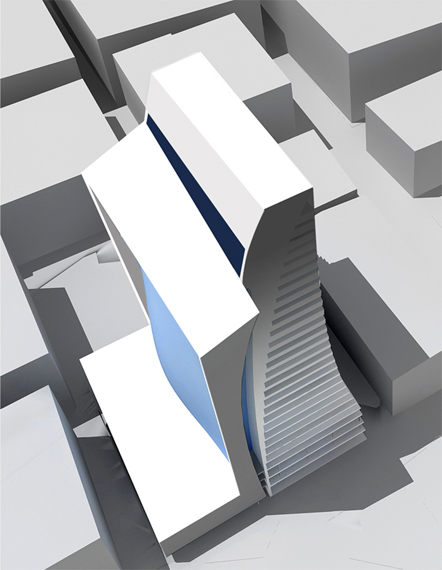 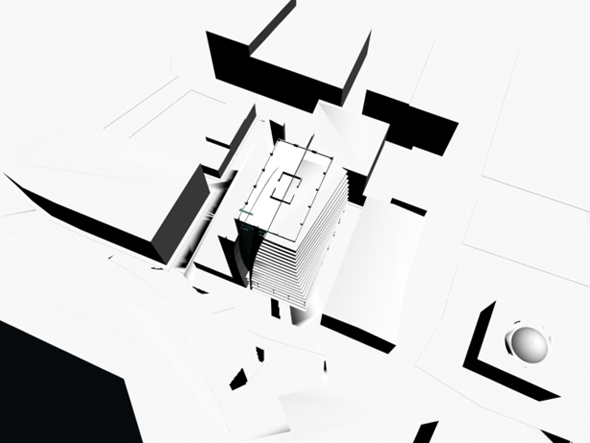 The lightower, as the tallest building of Pireus, is visible from many viewpoints. By the power of reflection and projection of light, it now becomes the creator and participator in a new relationship between the port and the Athenian urban vista. Lighthouses, historically, were points of reference for sailors, with open access for all. The particular office building, taking into account its location and its, for the Greek standards, unusual height, offers a unique view of the panorama of the sea and city, which can be enjoyed by the public from the parts which are devoted to public use. 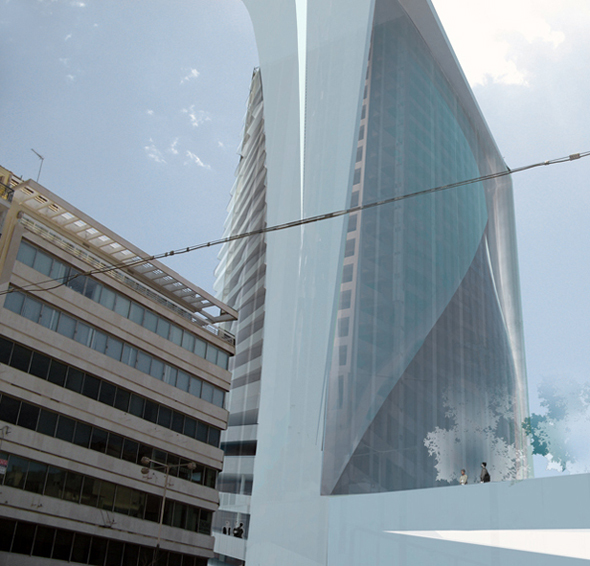 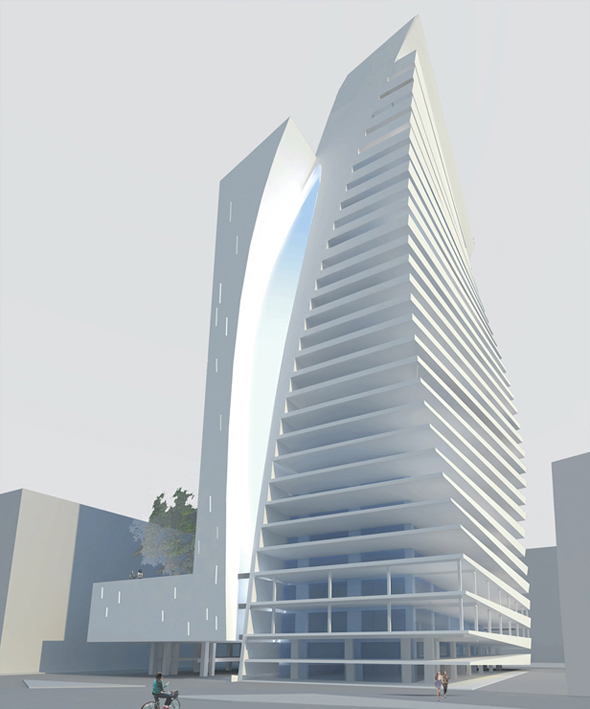 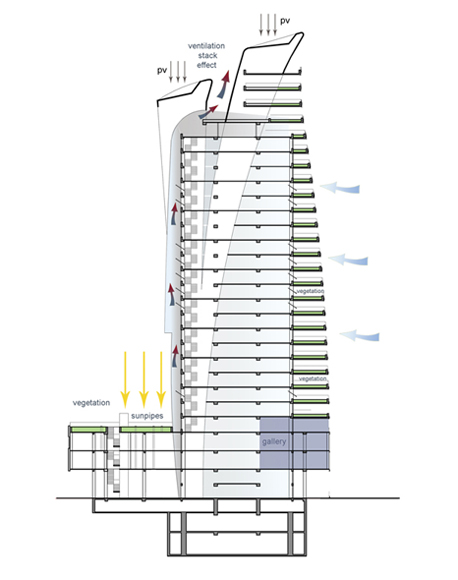