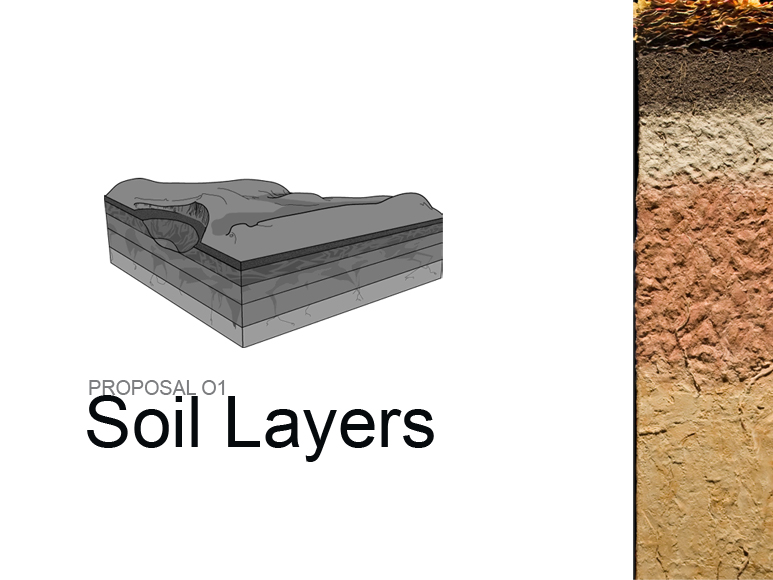 A proposal: The oblong rectangular space of the Oil Company’s new offices in Piraeus is called upon to host the servers, through a flexible, technologically equipped and interactive planning and simultaneously to reflect the company’s personality. The proposal inspired by the method of oil pumping, aims to highlight the contrast of nature and technology and to sensitize the user environmentally, displaying all the layers of subsoil to the point of finding oil. Until that point the user travels a route along the space where glass cuts- fragments of drilling border the servers in zones and accordingly reveal the rocks of the earth one after the other. During the user’s motion, specific light is focused interactively on the zone each time is. 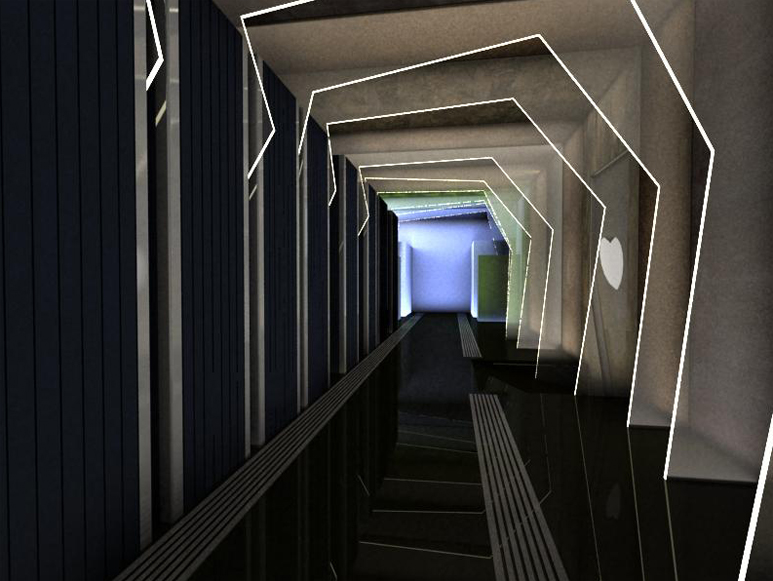 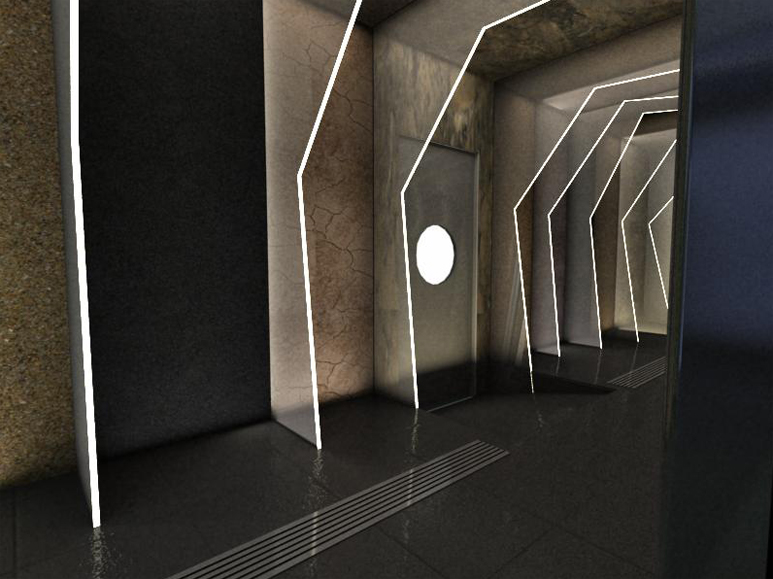 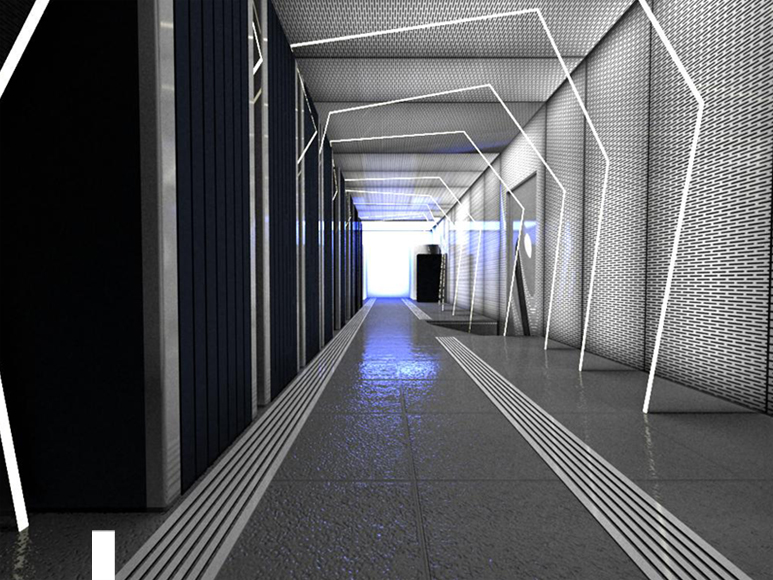 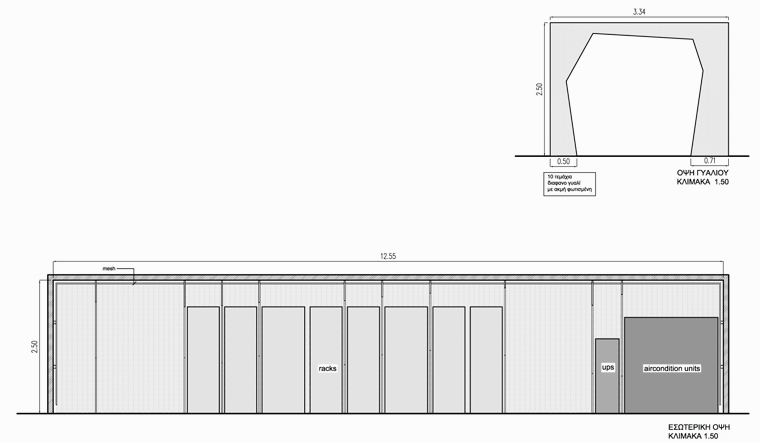 B proposal: The proposal inspired by the liquid form of oil, presents a fluid construction on the ceiling of the space, made of 2.500 glass units. 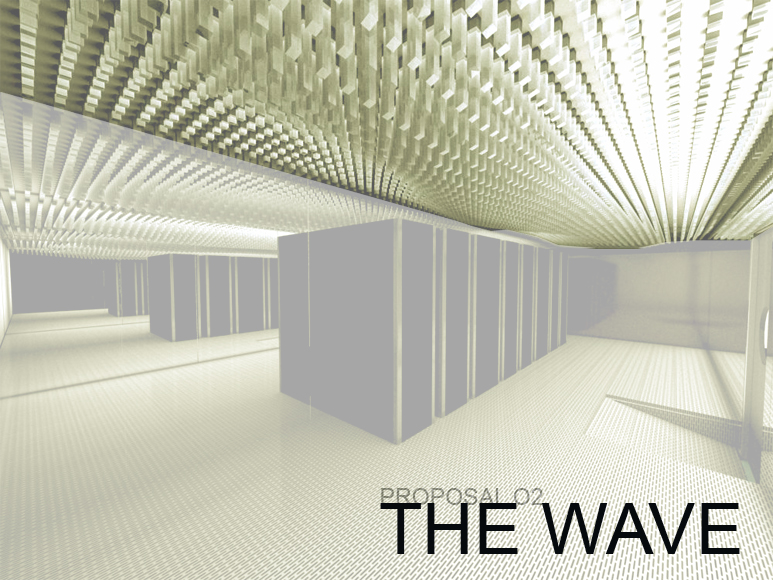 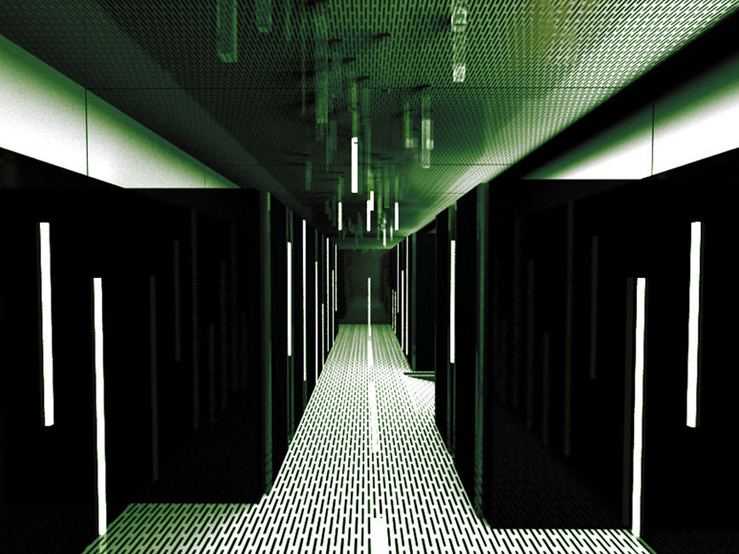 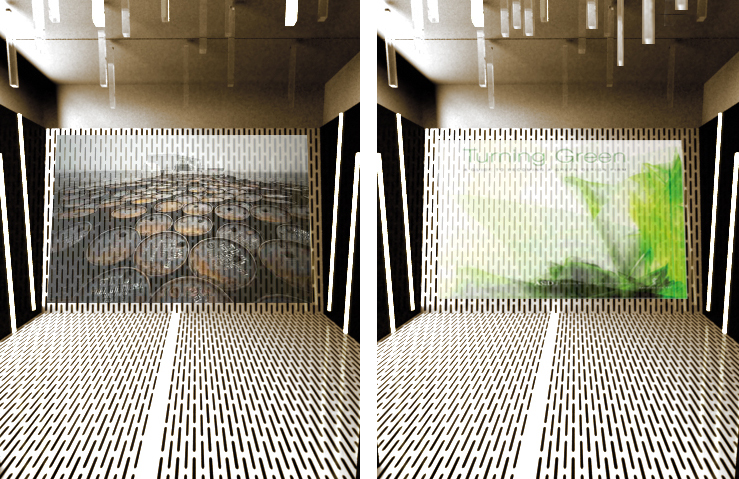