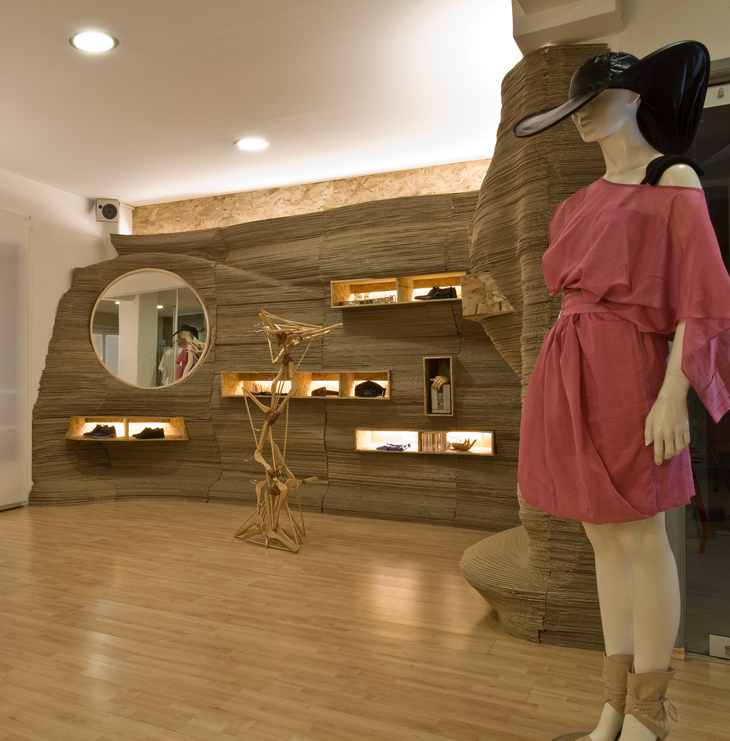 “Papercut’’ responds to the need for a new look of the fashion designer’s YEShop in House, expressing simultaneously the union of two disciplines, fashion and architecture.Existing furniture was rearranged, reused and combined with two new constructions that were handmade, using eco –friendly corrugated cardboard. Tables attached to the wall and lit from behind served as lamps. Bookshelves turned sideways and mounted on the wall became displays and the wall itself was covered in sheets of cardboard. Another addition was a biomorphic construction inspired- like the garments for sale- by the human body.
The constructional parameters were treated in the same way that the fashion designer uses the patron at the model’s body, aiming to create the form of the garment. For 15 days, the architects of dARCH studio, a volunteer group of young architects and artists and their equipment were relocated to the shop, where every construction was made ad situ as site-specific prototype models. More than 2000 blueprints were produced and used as patrons for the 1500 hand-cut sheets of cardboard. Each sheet was glued in its specific place and so on in order to materialize the whole plan. 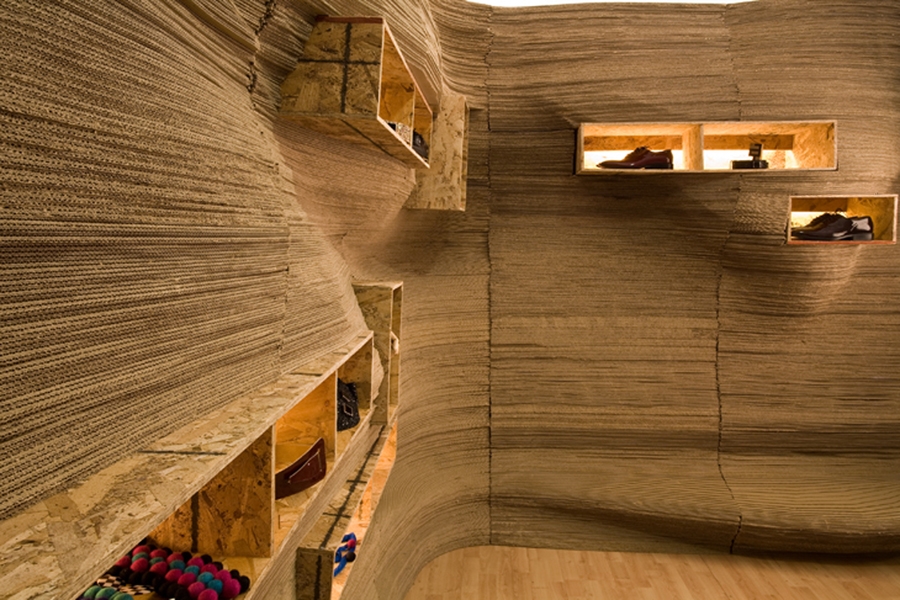 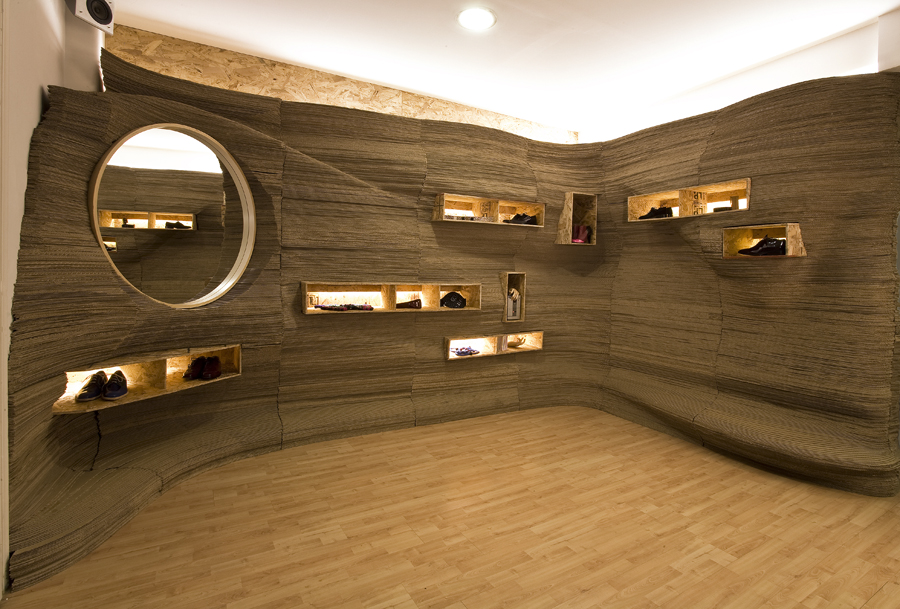 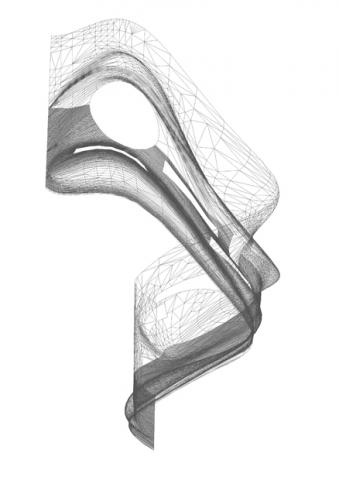 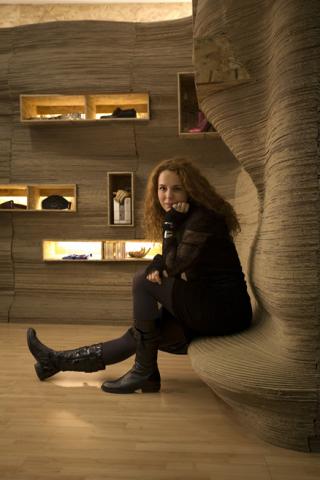 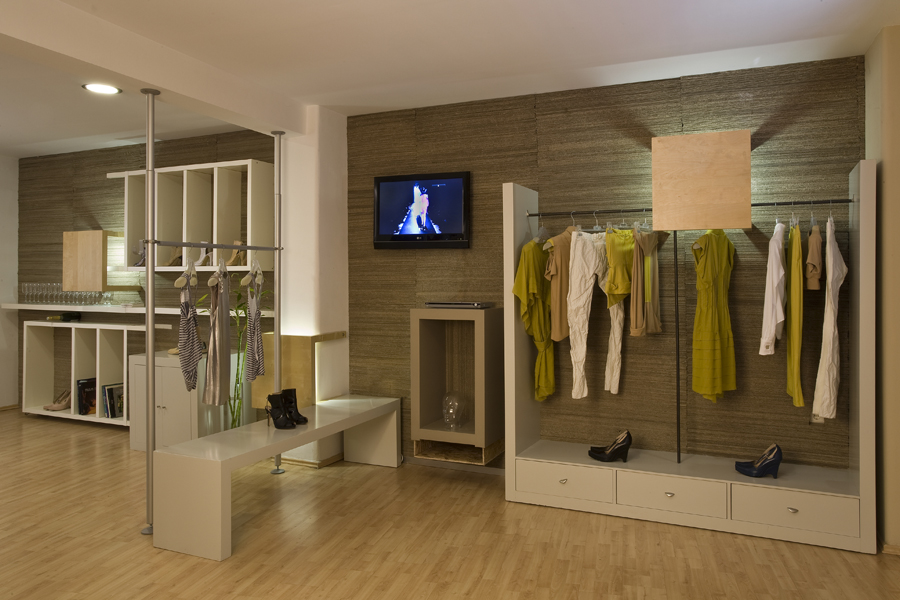 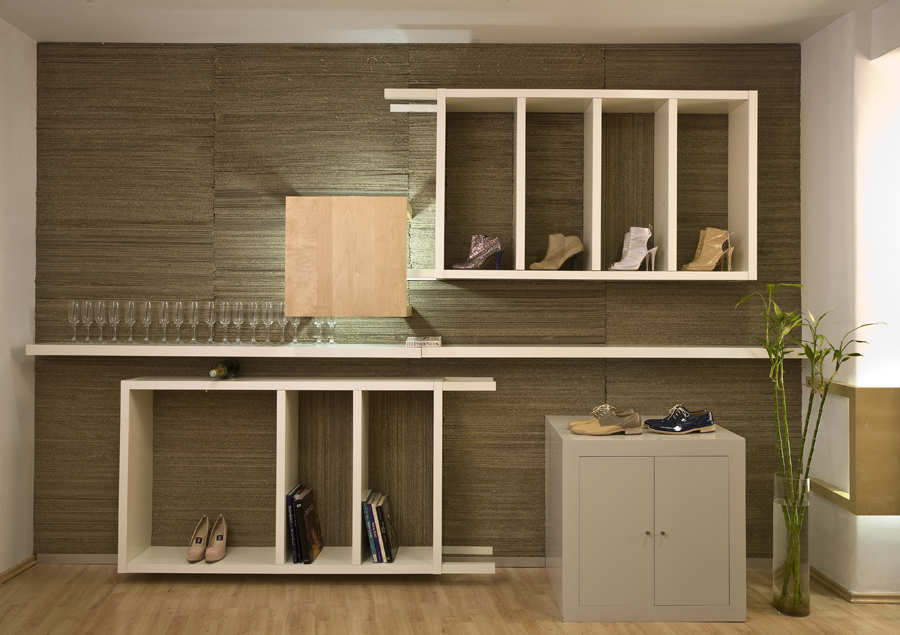 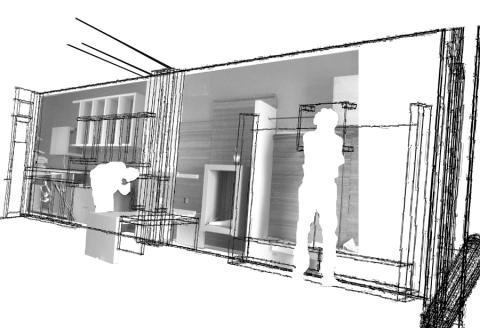 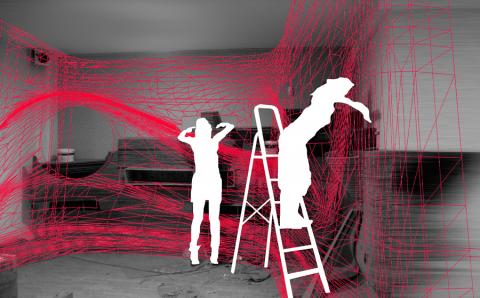 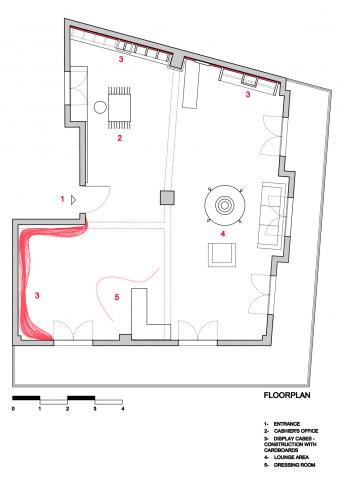 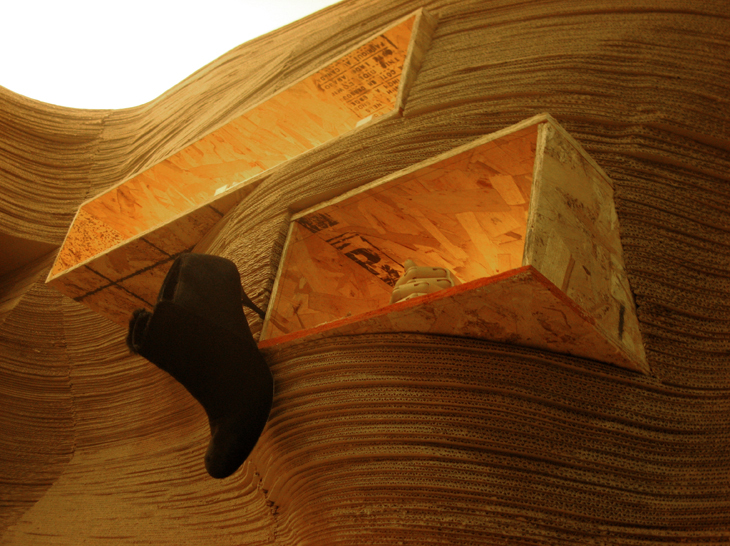 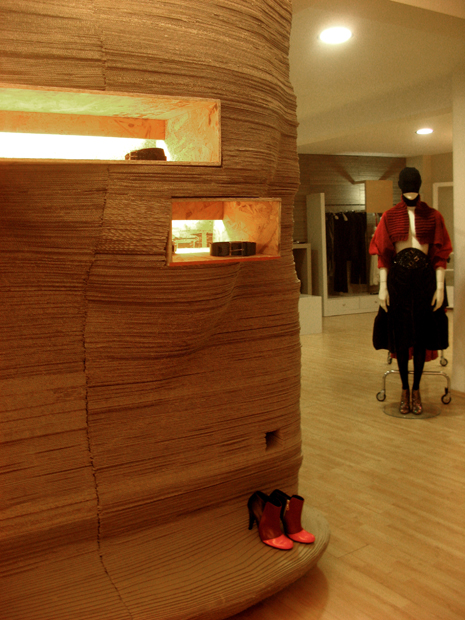