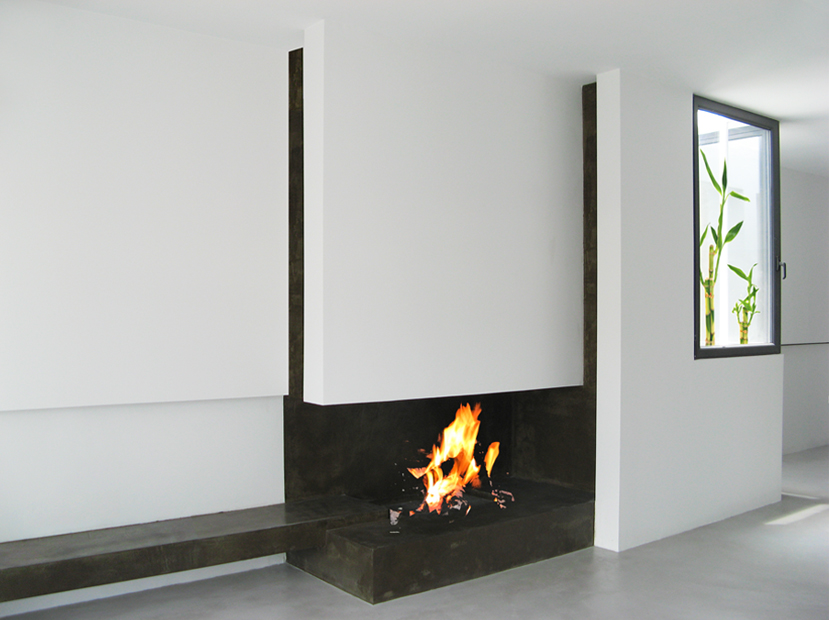 When the owner bought the 40years old penthouse apartment in an apartment building in the centre of Athens, she asked for a low-cost renovation while special focus was given on the image of the new fireplace.

The new fireplace is not treated as a separate element but as one of the two basic components of a synthetic gesture that occupies the entire length of the wall.

The second one is a picture window, which reveals the unexpected views of the urban uncovered area and replaces the old glass blocks to fill greenery and maximize the flow of light into the space.

The two contrasting elements, fire and greenery meet together in an unbreakable relationship and inherently fragile to discuss operationally, confront conceptually, and ultimately complement each other proportionally, offering the user a variety of emotions. 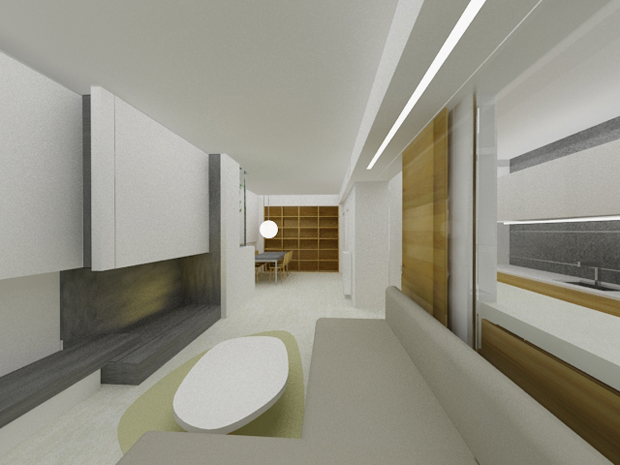 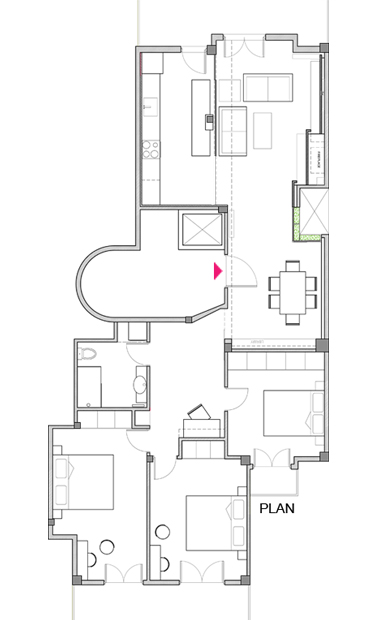 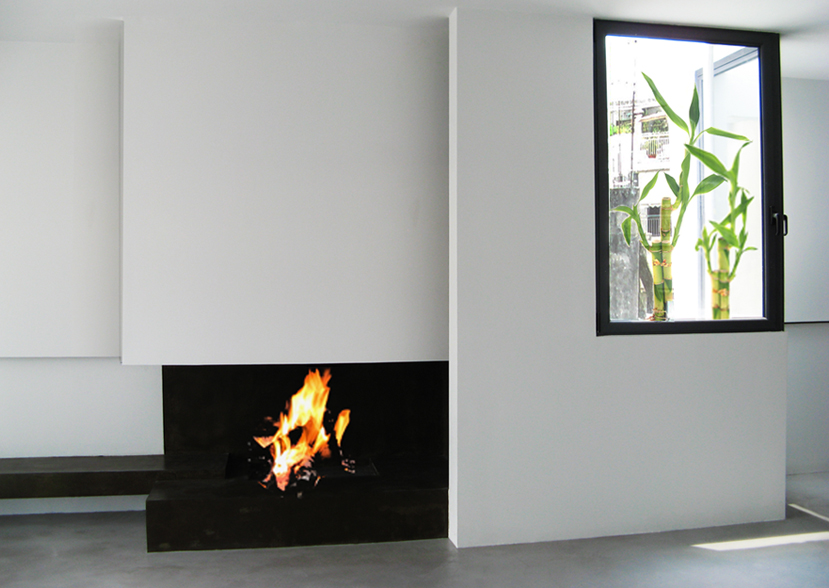 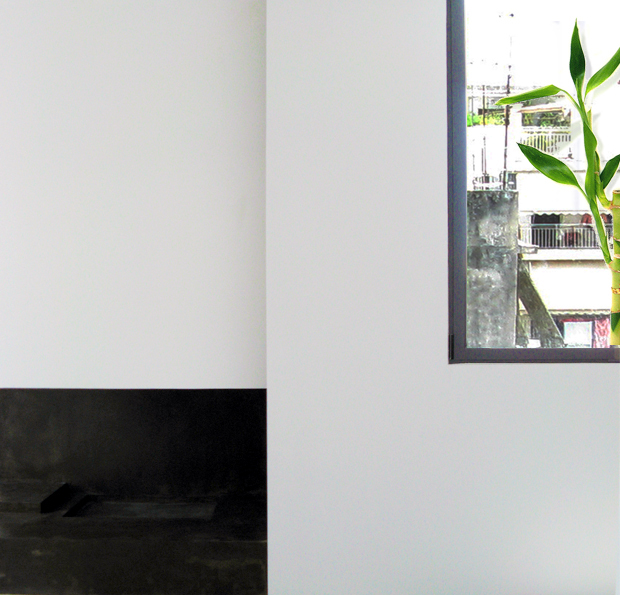 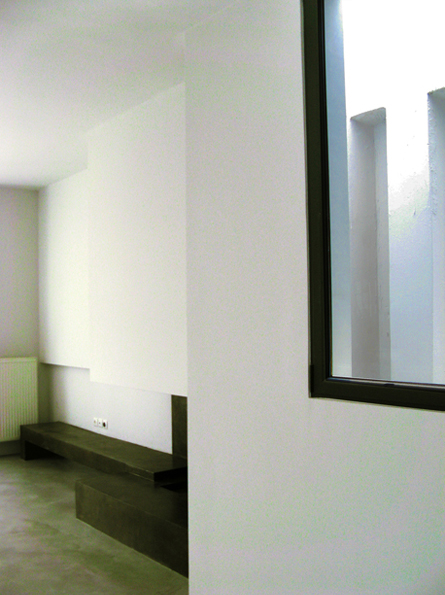